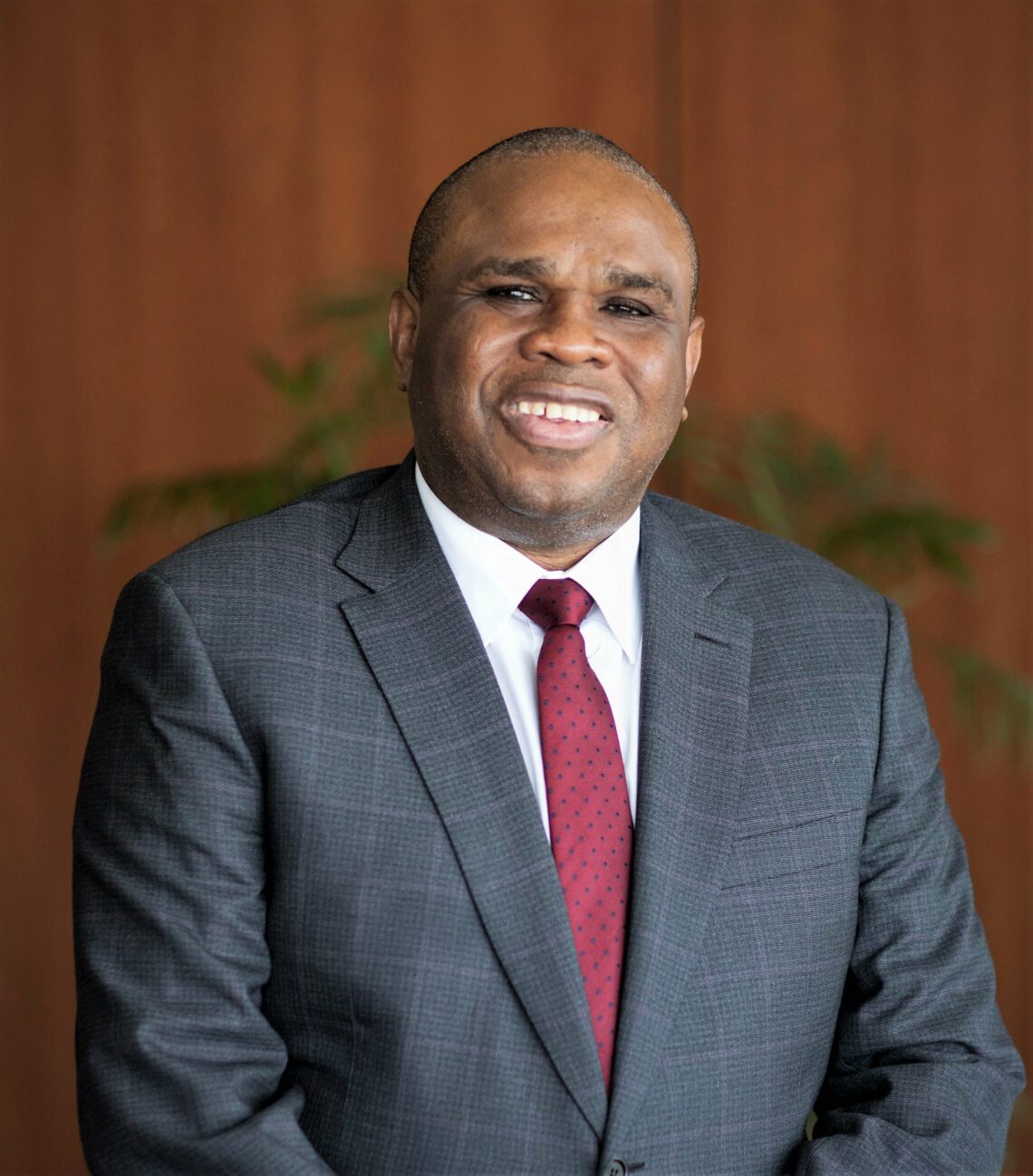 For his extraordinary leadership and commitment to the development of the African continent as president of African Export-Import Bank (Afreximbank), resulting in raising of the bank’s overall resources and global recognition, Professor Benedict Okey Oramah is the LEADERSHIP Person of the Year 2022

Since he joined the African Export-Import Bank (Afreximbank) as chief analyst in 1994, a year after the bank was formed, Professor Benedict Okey Oramah has never kept anyone in doubt that, given a chance, he would love to be an outstanding advocate for the continent of Africa. Now with 28 years of a fulfilling career at the bank, the Nigerian-born super banker from Imo State has continued to add value to humanity and the global economy with his stellar performances.

The bank’s trajectory began to assume a greater dimension from the time Prof Oramah assumed the position of president of Afreximbank in September 2015. For the first five years he called the shots at the bank, he showed an unprecedented leadership at the pan-African multilateral financial institution. One good term deserves another: the shareholders of the bank re-appointed him as president of the financial institution for a second five-year term in 2020.

In seven years of his leadership at Afreximbank, Prof Oramah has taken the bank to a level never envisaged by its progenitors. He has significantly grown the bank and increased its global appeal. Within this period, the balance sheet of Afreximbank grew from $5billion to $25billion, a phenomenal 400% leap in growth and year-on-year double-digit return to shareholders across the globe.

Exemplifying brilliant leadership, capacity and faith in achieving an unequalled growth for the 29-year-old bank, Prof Oramah has in the last seven years invigorated Afreximbank in all aspects, including providing the world with solutions to natural and non-natural upheavals. Under his administration, Afreximbank disbursed more than $51billion between 2016 and 2021 to these causes.

Prof Oramah works equally hard to empower African governments, businesses, and communities to realise a more stable, prosperous future. In his role as Afrexibank’s president, he strives to de-risk transactions in Africa through medium- and long-term guarantee programmes. He is an outspoken voice on behalf of increased intra-African trade.

To accelerate the growth of industry and trade in Africa, industrialists, farmers and other businessmen across the continent are currently drawing from a multi-billion-dollar facility put at their disposal by the African Export-Import Bank (Afreximbank) under Prof Oramah’s leadership.

The bank is playing a leading role in the implementation of the African Continental Free Trade Agreement. He played a pilot role in creating conducive conditions so that businesses in Africa can take advantage of the AfCTFA.

He has also led the creation of digital platforms that are expected to boost intra-regional trade and revolutionise cross-border payments in Africa. Under his leadership, Afreximbank is supporting the harmonisation of standards and the development of quality infrastructure across Africa.

The bank is playing a stabilising role in mitigating the effects of the Ukraine-Russia war on Africa and the world through the introduction of Ukraine Crisis Adjustment Trade Financing for Africa (UKAFPA) worth $4billion on a net basis.

Global Credit Rating (GCR) has declared that the many initiatives that Afreximbank has undertaken over the last couple of years, including the recently introduced $4billion worth UKAFPA, will continue to be a strong underpin of relevance and importance to its shareholders.

Prof Oramah recognises that Africa’s energy sector still has important roles to play in building stronger, more resilient African countries. During the 2021 United Nations Climate Change Conference (COP26) in Glasgow, more than 20 countries and financial institutions pledged to stop public financing for overseas fossil fuel projects. Foreign investment in African oil and gas projects was rapidly drying up. The only way forward was an African solution, and there were calls for an African energy bank that would finance the continent’s energy projects and allow African nations to transition from fossil fuels to renewables on their own timetable. Prof Oramah immediately put his support behind the idea.

That support helped to pave the way for Afreximbank and the African Petroleum Producers Organisation (APPO) to sign a memorandum of understanding in May 2022 for collaboration on the establishment of an African Energy Transition Bank. His cooperation with APPO was one of the many ways Oramah has shown himself to be a true champion of the continent’s energy sector.

Outside of all these, he had also facilitated the first of its kind $750million African Medical Centre of Excellence (AMCE) in Abuja which will promote intra-African trade medical tourism by offering a full spectrum of services in oncology, haematology, cardiology, and general healthcare across the continent, in addition to training, research and development capabilities.

It was not surprisingly, therefore, that in May he was named African Banker of the Year (for the second time) in recognition of his leadership during the COVID-19 pandemic.

Prof Oramah is untiring in his work on behalf of the continent. Under his guidance, Afreximbank distributed more than $7 billion to African countries during the pandemic so they were able to meet their people’s health needs and address COVID-19’s devastating impact on African economies. Not only that, Afreximbank guaranteed the procurement of 400 million doses of Johnson & Johnson COVID-19 vaccines, enough to vaccinate 30% of the continent’s population. He served as the chair of the Board of Trustees of the African Union COVID 19 Response Fund.

Oramah joined Afreximbank as chief analyst in 1994 and was promoted to the position of senior director, planning and business development, in 2007. Prior to joining Afreximbank, he held the position of assistant research manager at the Nigerian Export-Import Bank (NEXIM) from 1992 to 1994.

He holds M.Sc and PhD degrees in Agricultural Economics obtained in 1987 and 1991 respectively from Obafemi Awolowo University, Ile-Ife, Nigeria. He obtained a B.Sc. degree in Agricultural Economics from the University of Ibadan, Nigeria, in 1983. He has published a book, Foundations of Structured Trade Finance, and has written over 35 articles on a wide range of African economic, trade and trade finance issues. He is a regular speaker at several trade and trade finance conferences around the world.

Prof Oramah is the chairperson of the Africa chapter of the International Factors Group (IFG) and serves on the board of IFG, the editorial boards of Trade and Forfaiting Review (TFR), and the Journal of African Trade (JAT).

He is also a member of the Consultative Board on the World Cocoa Economy of the International Cocoa Organisation (ICCO).

For his numerous noble accomplishments across the world and for being a super ambassador of his home country Nigeria, in his career and service to humanity, Professor Okey Oramah was decorated with Nigeria’s national honour of Commander of the Order of the Niger (CON) by President Muhammadu Buhari in 2022.

He is married and has children.