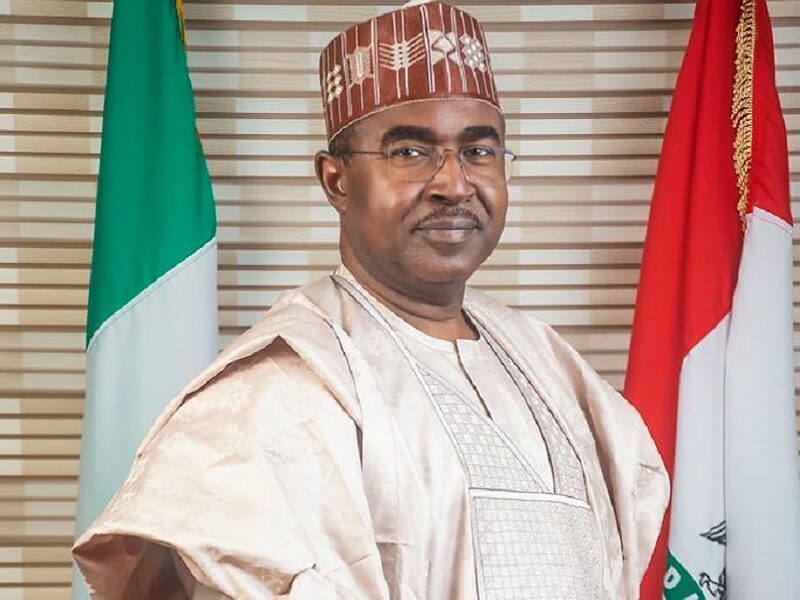 For providing the necessary leadership needed to reinvigorate the war against illicit drugs, taking the fight to the hideouts of drug cartels in highbrow areas, and arresting and securing the conviction of thousands of persons for different drug-related charges, NDLEA chairman Brig. Gen. Mohammed Buba Marwa (rtd) is the LEADERSHIP Person of the Year 2022

Although the National Drug Law Enforcement Agency (NDLEA) has been in existence for over three decades — it was established by Decree No. 48 of 1989 — its involvement as an enforcement agency had been largely nominal. The anti-narcotics agency was in a shambles, and it existed mainly in name. The use of drugs and psychoactive substances among youths, especially females, was increasing. Until the appointment of Brig. Gen. Marwa as its chairman/chief executive officer, many Nigerians were of the view that the agency should be scrapped.

In 2018, Nigeria was listed along with the United States, Canada and Zambia as the top countries with the highest use of cannabis among adults. As the largest cannabis growers in Africa, with over 8 per cent of its population abusing the use of the substance, the country became one of the major centres for illicit drugs globally.

In the last 23 months, however, the war against illicit drugs has witnessed a rebound under the leadership of Marwa, and, like cannons overcharged with double cracks, the anti-narcotics agency has continued to record major wins, especially with the arrest of some drug barons in highbrow areas such as the Victoria Garden City, Lagos.

At a point, it became glaring that Marwa was the therapy required to bolster the NDLEA. On his watch, Nigeria has steadily made significant efforts in tackling drug challenges. Between January 2021 and August 2022, the agency recorded unprecedented arrests in the region of 21,302 suspected drug traffickers, among them 28 drug barons.

Unlike in the past when the Nigerian public was usually fed with reports suggesting pockets of arrests without news of subsequent convictions, the NDLEA in recent times has secured 3,111 convictions, and seized 5.4 million kilogrammes of illicit substances, while 12,326 drug users have had brief interventions, counselling/rehabilitation for drug abuse. Also, the value of cash and drugs seized since Marwa came on board has been over N100billion.

Under Marwa, the NDLEA has insisted vehemently that parents should test their prospective sons-in-law for drugs before giving out their daughters in marriage, even as it is pushing to make it mandatory for politicians seeking public office and students seeking admission into higher institutions to undergo drug tests.

While arguing for this, Marwa said as the 2023 elections inch closer in the states and across the country, there is a need for the people to entrust the management of their treasury and their wellbeing in the hands of politicians that have clear minds, because no public officeholder under the influence of drugs can think straight.

The same applies to students seeking admission into higher institutions. He said because of the evidence-based strong nexus between drug abuse and security challenges across the country, concerted efforts must be made towards tackling the drug scourge head-on.

President Muhammadu Buhari has been unable to conceal his excitement over NDLEA’s achievements in the renewed fight against illicit drugs in the country. In a telephone call to Marwa from New York where he was attending the 77th session of the United Nations General Assembly (UNGA 77), Buhari said the news of the recovery gladdened his heart. A statement by presidential spokesman Femi Adesina quoted the president as saying: “I deeply appreciate the work that you have put into the eradication of the drug menace. It gladdens my heart as I continue to follow the successes achieved under your leadership. You have demonstrated over and again that choosing you to lead this fight against wicked merchants of death whose sole aim is to endanger and truncate the future of our youth is a very good choice. Please keep up the good work.”

Also, speaker of the House of Representatives Femi Gbajabiamila recently acknowledged the efforts by the Marwa-led NDLEA, saying it has significantly increased interdiction efforts across the country and at all ports of entry. “These efforts have resulted in record-breaking seizures of banned substances at the ports and inner cities. I commend these efforts and urge the agency to continue doing this vital work.  We cannot afford to have our country overrun by the cancer of the drug trade and the devastation it brings. Therefore, all of us, both in our official and personal capacities, must become soldiers in the war on drugs,” the speaker stated.

In the past 22 months, the NDLEA has been undergoing a reform process that has resulted in the arrest of many drug lords and their cartels. The cumulative effects of ongoing reforms within the agency are the tectonic changes in the agency’s administration, structure and operations.

The reforms are not limited to NDLEA’s activities; they include the laws that established the agency and other legislations that are the basis for the country’s drug control effort. Singly and collectively, the reforms have given the agency a dynamic drug control framework in which prevention and treatment are now entrenched. The agency’s turbo-charged performance in the areas of arrests, prosecutions, convictions and seizures is the result of these reforms.

Until the past few years, drug law enforcement in Nigeria was tied to dated legislation with the resultant policies and practices being no longer adequate to tackle issues of illicit substances. Rather than solve problems, the application of the law, methodologies and practices were creating new challenges as they fuelled criminalization and did little to stem drug abuse and crimes.

To address the challenges as soon as possible, Marwa adopted a rapid fire approach in reforms in drug laws, including policies and their implementations. The agency also embarked on large-scale advocacy as epitomised by the NDLEA’s War Against Drug Abuse (WADA) campaign launched in 2021. Explaining why this became necessary, he said: “Revamping NDLEA became imperative in light of the disturbing findings of the National Drug Use and Health Survey conducted in 2018 which indicated that Nigeria’s drug use prevalence at 14.4% was way above the global threshold of 5.6%. Change, as the saying goes, is inevitable. The past decades have brought fresh thinking concerning substance abuse. Around the world, there has been a gradual and systematic shift in drug control perspectives leading to an overhaul of old laws and policies which are replaced with new ones that reflect the contemporary understanding of illicit substances from law enforcement, socioeconomic and health standpoints.

“The new National Drug Control Master Plan, NDCMP 2021-2025, for instance, identifies drug use disorder as a public health issue with a strong emphasis on treatment. There has been a cascading effect. Today, we have a 24/7 toll-free Drug Abuse call centre even as the agency continues to broaden accessibility to treatment with plans underway to build the first of six regional model rehabilitation centres. Along this line, the NDLEA is also working to scale up the capacity of its officers involved in drug demand reduction activities.

“A significant reform on the subject matter of the use and abuse of drugs is the new Pharmacy Council of Nigeria (PCN) Act 2022, which was passed into law in September. The new law will help to curb the abuse of pharmaceutical drugs and also bring control to activities within the pharmacy profession. Similarly, the law establishing the NDLEA is going through amendment, having been reviewed by all relevant stakeholders who contributed and agreed on vital areas.”

Most Nigerians who are conversant with Marwa’s leadership style say they are not surprised with what is currently going on in the NDLEA. The thinking is that what the NDLEA needed was a thoroughbred soldier known for meritorious service and a distinguished career in the Nigeria Army to take the anti-drug war to another level. Renowned as an administrator par excellence, Marwa is also a diplomat, author of seminal books and an accomplished entrepreneur.