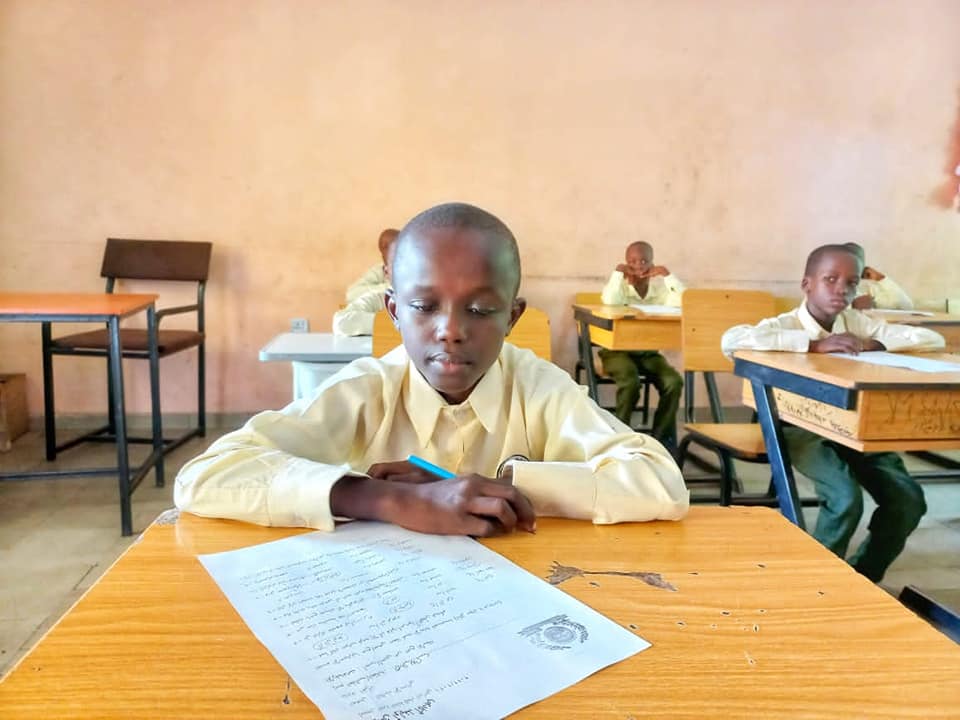 For demonstrating ingenuity, which is rare in this part of the globe, by building a miniature prototype of Borno State’s first flyover at a tender age of 13, compelling the state governor to place him on instant scholarship, Musa Sani is the LEADERSHIP Outstanding Young Person of the Year 2022

Thirteen-year-old Musa Sani recently came into limelight after using mud to sculpt a miniature prototype of the first flyover in Borno State at the popular Customs Roundabout in Maiduguri, which was commissioned last year by President Muhammadu Buhari.

Baffled by his ingenuity to replicate the flyover, Governor Babagana Umara Zulum awarded the 13-year-old instant scholarship, releasing the sum of N5million for his education at the Golden Olive Academy, Maiduguri.

Before coming to limelight, Sani was a pupil of Abba Kyari Quran Memorization and Integrated School at the Sabon Layi area of Gwange in Maiduguri, Borno State, where he studied Quran memorization, Islamic studies and conventional primary education. Musa is now a primary 4 pupil of Golden Olives Academy in Old GRA, Maiduguri.

Musa has deep interest in, and passion for, drawing as well as sculpting objects and structures with mud. Nobody taught Musa how to draw or use mud to sculpt, either in school or anywhere else.

Bestowed with the talent of observing objects in the environment and then replicating them through painting or sculpturing them, Musa is inspired to build structures by his love for construction of important infrastructure around the environment where he lives.

From his imagination, he used mud to sculpt a flyover which did not exist anywhere.

One day he visited the popular Customs Roundabout, which is not far from their house in Gwange. Just by observing how the flyover was structured and constructed with the roads linking it to his own town, he decided to design a similar flyover with mud.

His dream is to become a civil engineer in the future so that he can design real structures for the advancement of society.

Sani is the fourth child in a family of eight children. His father Sani Idris was a taxi driver but is now a commercial tricycle rider, and his mother is Hafsat Musa of Gwange area of Maiduguri.

Musa’s father Sani Idris was a commercial taxi driver for many years in Maiduguri before becoming a commercial tricycle driver due to harsh economic conditions. He has to source for a means of survival for a family of eight children.

The tricycle is also now being used to transport Musa from their area to his new school.