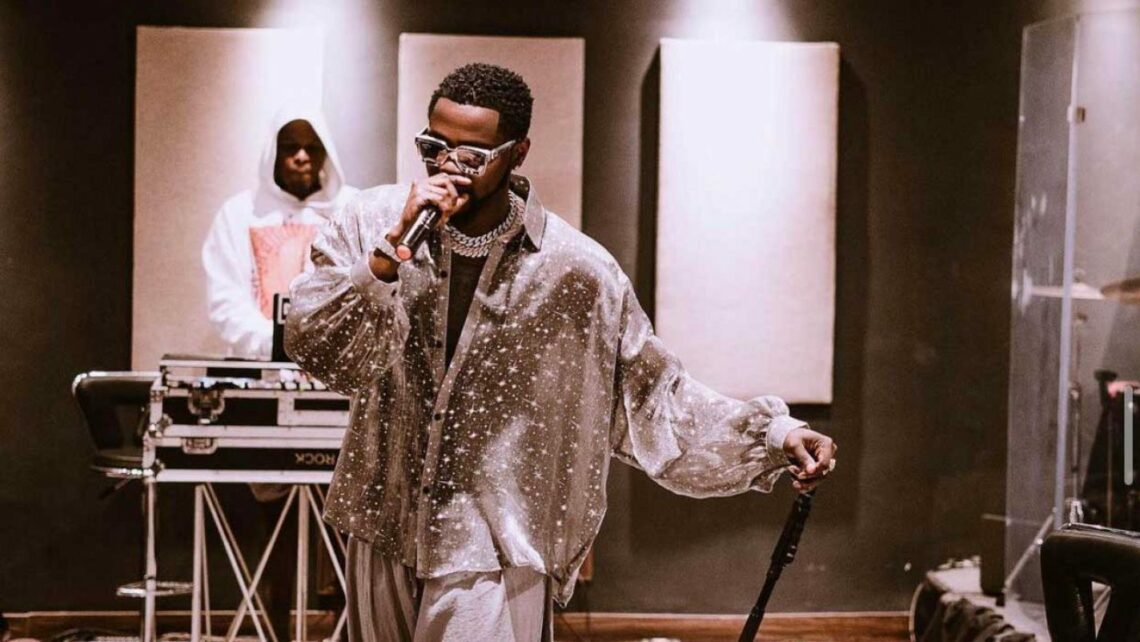 For staying relevant in the music industry, releasing hit songs back–to–back with his hit single “Buga” becoming a household anthem globally and one of the songs billed to be performed at the 2023 FIFA World Cup in Qatar, Kizz Daniel is the LEADERSHIP Artiste of the Year 2022

Nigerian singer Kizz Daniel is currently receiving accolades across the world with the release of his hit song “Buga” and the latest banger “Odo”. Since the release of the hit songs, social media has been awash with creative skits on Tik Toks, jigs and twists to the rhythm. Music enthusiasts have said these are songs like no other, as they have made the top charts in every music show across the world.

It is not every time a particular music gets to the lips of almost every Nigerian, be it sports personalities, politicians and even national leaders. “Buga”, which was released in May 2022, has captured the music scene with its captivating and irresistible dance steps, compelling world leaders like the President of Liberia, George Weah, to dance to it publicly.

Before “Buga” and “Odo” were released in 2022, Kizz Daniel had other hit songs like “Woju”, “Mama” and “Yeba”.  He has headlined major shows in Nigeria and outside the shores, sharing the stage with some of the world’s greatest musicians.  Interestingly, he is set to perform his hit single “Buga” at the 2023 FIFA World Cup in Qatar.

The single, with new dance moves called “Odo”, has also gained attention from music lovers just like the down-to-up low-low-low-low steps with lifted shoulders in “Buga” dance. It has another dance step that sees the dancer squatting with a slight jump back, while holding the thigh, which is now trending.

With the official video yet to be released, music lovers and fans have started trending with dance steps and “Odo” challenge, with several dancers posting videos of themselves, including top celebrities Kate Henshaw, Sabinus (MrFunny1) and Brodashaggi.

Born Oluwatobiloba Daniel Anidugbe in Abeokuta, Ogun State, Nigeria, on May 1, 1994 to Mr and Mrs Kola Anidugbe, Kizz Daniel hails from Abeokuta North local government area. The talented singer attended Abeokuta Grammar School and graduated from the Federal University of Agriculture, Abeokuta, in 2013, with a degree in Water Resources Management and Agrometeorology (Water Engineering). While in the university, he decided to pursue music as a career alongside his studies.

He founded the Fly Boy Inc record label in November 2017. The singer went by the stage name Kiss Daniel prior to changing it in May 2018.

The father of two children has been nominated and has won a good number of awards.