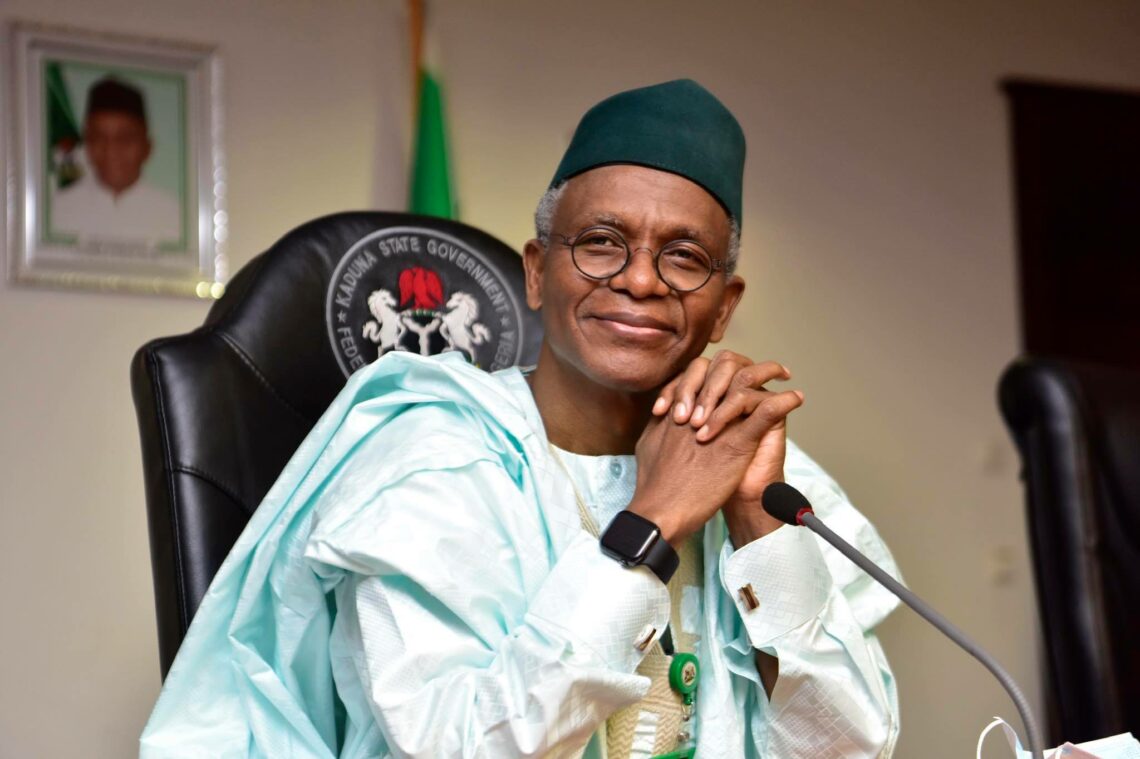 For executing impressive and impactful infrastructural projects, attracting a private-sector investment portfolio of $4,488billion which led to creation of direct and indirect jobs, as well as growing the state’s internally generated revenue (IGR) by over 200 per cent through his widely acclaimed technocracy in the last seven years, Mallam Nasir el-Rufai is the LEADERSHIP Governor of the Year 2022

His name rings a bell in Nigeria’s political space. And the reason is not farfetched: his capacity to deliver is not in doubt. He is well-known for turning a bad condition into a good one. As the minister of the Federal Capital Territory (FCT), after an impressive performance at the Bureau of Public Enterprises under former President Olusegun Obasanjo, el-Rufai restored the Abuja master plan to make the city compete with other modern cities across the globe.

Even before he was sworn in as the governor of Kaduna State on May 29, 2015, under the platform of the All Progressives Congress (APC), after defeating an incumbent governor, el-Rufai, a first-class Quantity Surveyor graduate from Ahmadu Bello University, Zaria, had already hatched a bigger plan for the hitherto dysfunctional north-west state due to years of bad governance. On assumption of office as governor, he did not waste any time in assembling his team of competent young, old men and women and embarking on infrastructural and economic revolution of the state.

Contrary to public perception that he was going to solely govern the state ‎without the inputs of the people who elected him, the governor’s actions and policies so far has shown that he kept to his words and campaign slogan, “Let’s Make Kaduna Great Again” — the choice of making Kaduna great again was going to be the collective efforts of all and sundry in the state. El-Rufai proved the pessimists wrong by opting to relate with the people directly, discuss with them, hear from them, take advice from them and tell them what he intends to do, how he intends to do it, why he decided to do it and, thereafter, seek their contributions. This the governor started with the introduction of regular town hall meetings in all of the three senatorial districts in the state with relevant stakeholders always in attendance.

Within seven years, the governor has turned Kaduna into a construction site, with quality road networks in different parts of the state. Apart from constructing quality road networks, el-Rufai has flooded the state with flyovers, markets, recreational centres and malls, among other projects under his administration’s Urban Renewal Project in Kaduna, Zaria and Kafanchan.

Acknowledging the infrastructural renaissance in the state, President Muhammadu Buhari, on January 20, 2022, while inaugurating some projects in Kaduna city, Zaria and Kafanchan, said el-Rufai was writing history in letters of gold. Buhari who was on a two-day official visit to Kaduna commended the governor for a job well done. “I can hardly find my way in Kaduna due to the development taking place here and the governor has committed himself to change Kaduna for good and has been very successful at that, and Nigerians are appreciative that you are writing your history in letters of gold. If you have not been to Kaduna for some time now, surely you would miss your road home just like me. El-Rufai has really changed the face of this state. I relocated to Kaduna after serving my jail term in the 1980s from Daura. I cannot find my way home with the current development,” the president stated.

The Kaduna State government under el-Rufai has provided a conducive environment for the private sector to thrive by embarking on numerous policy actions and reforms, including the hosting of the annual Kaduna Economic and Investment Summit (KadInvest) since 2016.

Determined to turn the state into a competitive one and the preferred investment destination, the governor embarked on his aggressive urban renewal programme. Today, the administration has attracted a private-sector investment portfolio of $4,488,000,000, comprising actualised and announced investments. This has created about 75,750 direct and indirect jobs in the last seven years of his government.

A subnational report by the World Bank has adjudged Kaduna State under el-Rufai’s pragmatic leadership as the most improved state in Ease of Doing Business with a very investor-friendly environment. The el-Rufai administration has improved the revenue of the state, raking in N52billion as internally generated revenue (IGR) last year alone, compared to N11billion IGR in 2015 when he assumed office.

Before his bold efforts, according to analysts, the Kaduna metropolis had in the previous 100 years remained largely the same, despite becoming home to over 5 million people. The other two cities, Zaria and Kafanchan, shared the same piteous fate. The new network of roads has eased traffic congestion and opened new layouts. Excision of old layouts has forever been consigned to history. With the strategic steps taken to reposition Kaduna by el-Rufai, the state is also transforming into a knowledge-based economy for speedy development.

Some of the projects executed by the el-Rufai government include the remodeling of the Murtala Muhammed Square with world-class sporting facilities, shopping malls, restaurants and various recreational centres; the Infectious Disease Centre in Mando; LGEA Primary School, Lokoja Road, Rigasa; the new Kawo Flyover bridge, which has dual carriageway; the Aliyu Makama Road in Barnawa; and the Leventis Underpass, which was commissioned by President Buhari early this year.

Today, Governor el-Rufai is described as the founder of new Kaduna, just as Lee Kuan Yew of Singapore is regarded as the cornerstone of one of the most thriving economies in the world. Accountability has always been his watchword right from his first day in office; and, armed with this, he has grown the state’s IGR by over 200%, through his widely acclaimed technocracy. His passion for his people’s wellbeing has resulted in the creation of massive jobs and wealth through his dogged attraction of investments to the state by implementing business-friendly policies. His disposition as a technocrat worked in this regard by building requisite trust among investors.

Indeed, with these uncommon achievements of the “accidental public servant”, most Kaduna citizens say they are wary about choosing who the cap will fit next. The thinking is that what matters now is not only having the ambition to lead but possessing the tested competence to succeed as Governor el-Rufai has done.