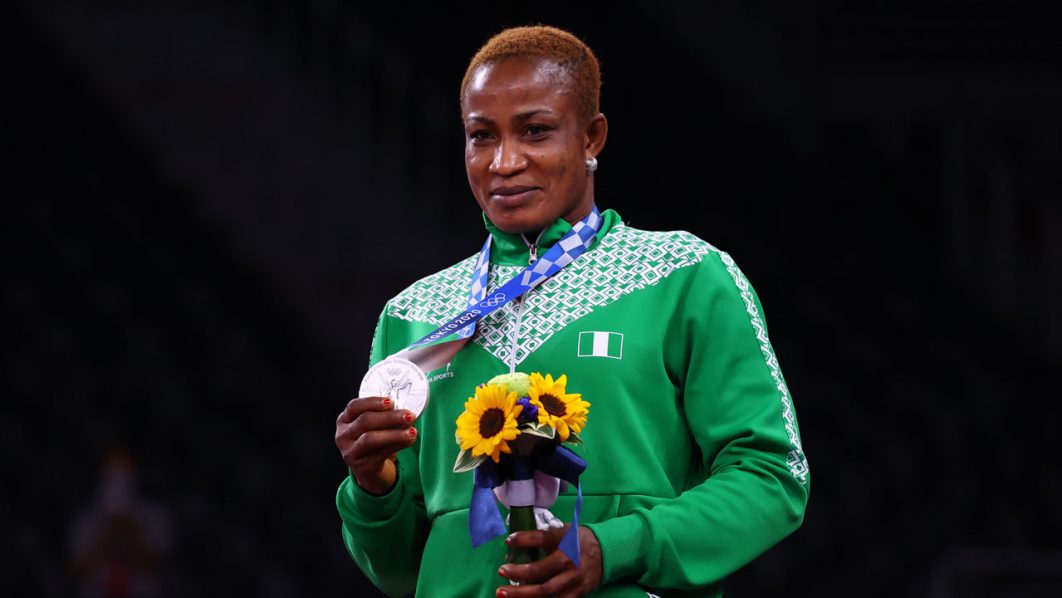 For lifting the mood of the nation around Team Nigeria’s performance at the Tokyo 2020 Olympic Games with a silver medal, adding to her 10-year dominance on the African continent, Blessing Oborodudu is LEADERSHIP Sportsperson of the Year 2021

Before the start of rescheduled Tokyo 2020 Olympics, if there was one sport Nigerians were hoping for a gold medal, it was wrestling, a sport in which the ultimate medal had eluded the country since Atlanta ’96. But while all eyes were on Africa’s No. 1 wrestling sensation, Odunayo Adekuoroye, for the expected gold, it was 32-year-old Blessing Oborodudu that climbed the podium with a “golden silver” around her neck.

Oborududu won Olympic Games’ silver medal in the women’s freestyle 68kg, the first by a Nigerian wrestler in history. It was also Nigeria’s first medal at the games. The 32-year-old won the Tokyo 2020 silver medal in her third appearance at the Olympics since 2012 in London.
Oborududu, born March 12, 1989, is a 10-time African champion from 2010 to 2020 and is currently ranked as the world No. 2 woman wrestler. She announced herself to the wrestling world in 2007 when she was invited to join Nigeria’s team for the All African Games. She was unrivalled in secondary school where she started wrestling, and quickly caught the attention of the Bayelsa State government which invited her for the prestigious National Sports Festival.
Two years later, she cemented her position in the National Wrestling team and has retained the spot, being a regular in continental tournaments.
She dominated 59kg, was unrivalled in the 63kg, before stepping up to her current 68kg, winning a record 10 African titles across the weights.
Oborududu has won all African titles apart from 2012 when she skipped the continental event for London 2012, the first of her three Olympic appearances.