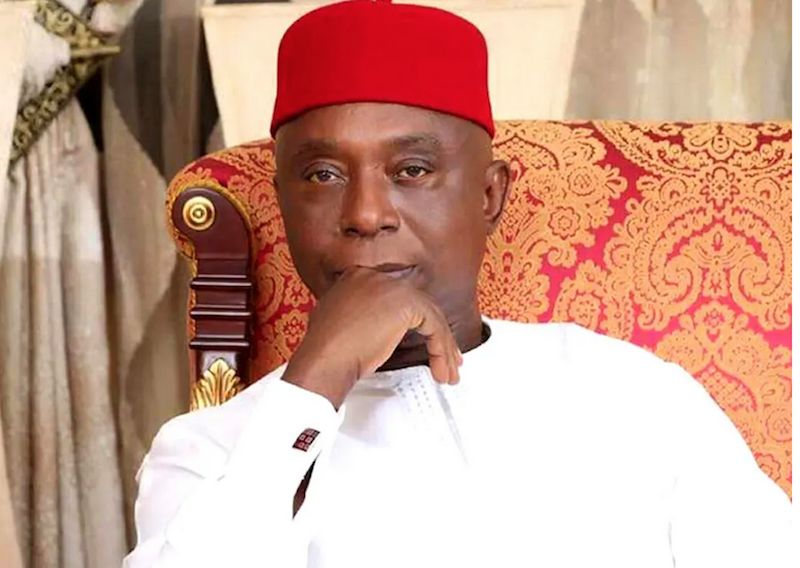 For devoting his time, energy and financial resources to eradication of malaria, the disease that has continued to kill thousands of children and pregnant women in sub-Saharan Africa, Hon. Chinedu Munir Nwoko is LEADERSHIP Social Impact Person of the Year 2021

If the life-threatening acute febrile disease called malaria were to be a crime syndicate or a loose affiliation of gangsters who have been evading arrest, then it would have met its match in Prince Ned Munir Nwoko – something resembling the 1986 crime action movie, Stallone Cobra, with the slogan “Crime is a disease; meet the cure”.  The thinking is that, since malaria is preventable, it is crime against humanity to allow women and children to die of the disease.

Nwoko, the chairman of Prince Ned Nwoko Foundation (PNNF), has his eyes fixed on eradicating malaria in Nigeria and Africa. Like cannons overcharged with double cracks, he has to a greater extent demonstrated uncommon commitment to tackling the health scourge.

The lawyer, politician, philanthropist and business mogul believes that the nation and the continent must rather focus on total eradication as opposed to mere treatment and control. Like other well-meaning Nigerians, Ned had been disturbed by the alarming statistics which showed that the African region accounted for 94 per cent of all malaria cases and deaths worldwide, as well as a recent WHO statistics showing that six African countries accounted for approximately half of all malaria deaths globally.

Nwoko is a man of abiding passion whose major goal is to reverse the ugly trend in Nigeria and Africa, hence his decision to focus on malaria eradication. To achieve this overarching desire, the former member of the House of Representatives unveiled the Prince Ned Nwoko Foundation Malaria Eradication in Africa Project (PNNF-MEAP) with the central aim of working and collaborating with appropriate multilateral agencies, organizations, companies, governments and individuals to ensure a malaria-free Nigeria.

Through PNNF, Nwoko engaged in intensive campaign. In 2021, the foundation sought and obtained approval from the Federal Ministry of Health to support and coordinate a national response towards malaria eradication involving strategic partnerships for the deployment of the premier malaria vaccine RTS,S in Nigeria.

The approval was the culmination of relentless advocacies of the PNNF towards achieving its objective of permanently ridding Nigeria and Africa of malaria. The foundation’s cardinal delivery plans cover supporting or investing in development of anti-malaria vaccine, environmental sanitation, waste recycling, indoor residual spray and fumigation. The foundation’s Malaria Eradication Project received a boost with the approval of the RTS,S malaria vaccine implementation in endemic countries by the World Health Organization (WHO). The minister of health also approved the vaccine’s implementation in Nigeria based on the framework submitted by the Prince Ned Nwoko Foundation’s Malaria Eradication Project.

Between March 18 and 19, 2021, the PNNF invited the RTS,S vaccine experts and other malaria specialists to a two-day workshop on developing a concept note and proposal to the Federal Ministry of Health for the foundation to lead in the deployment of RTS,S in Nigeria

On July 27, 2021, the minister of health, in a letter addressed to Prince Ned Nwoko Foundation, approved the foundation’s proposal to lead in the rollout of the RTS,S vaccine in Nigeria. In September 2021, the PNNF co-hosted a virtual sideline event tagged Global Action For a Malaria Free Africa (GAMFA 2021) during the United Nations General Assembly (UNGA), with the panel discussion moderated from New York by the national coordinator of the Ned Nwoko Malaria Project, Chukwuebuka Anyaduba.

A former member of the House of Representatives and a serial entrepreneur, Ned Nwoko is passionate about advancing the cause of humanity.  With mission and vision to eradicate malaria through the PNNF, he has deployed enormous resources to the malaria eradication programme.