Person Of The Year 2021: Yemi Osinbajo 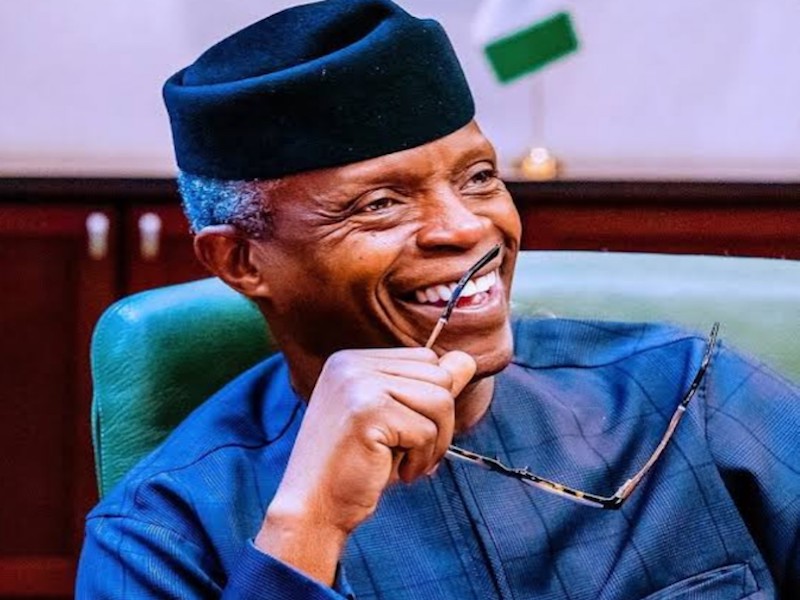 For his key role in steadying the ship of state through the storms as well as laying the foundation for the social intervention programmes of the current administration, Vice President Yemi Osinbajo is LEADERSHIP Person of the Year 2021

In a 1999 CNN interview, Larry King asked former U.S. President George H.W. Bush what the toughest part about being vice president was. Bush’s response was, “Well, you are not your own person if you believe in loyalty. And if you want to go out carving your own track, fine. But you don’t get anything to do because the president must know the vice president is not going to be out there or trying to make himself look good to the detriment of the president.”

And that is in a country that prides itself on being the best example of democracy in the world. In Nigeria where tribe and religion — and sometimes even the village you come from — play an outsized role in political outcomes, the impetus for a vice president to want to step out of the president’s shadow is ever present. The country has seen what can happen with the kind of competitive relationship driven by regional, political and religious forces. It took the intervention of the Supreme Court in 2006/2007 to stop the two most powerful men in the country from desecrating the constitution. 2007 is a period that makes it easier to appreciate any politician who finds himself in the office of the vice president and manages to keep the voices of tribe, religion, family and village at bay. It was an attempt to placate these same voices and balance the regional forces in Nigeria’s politics that led to the selection of Yemi Osinbajo as the running mate to Muhammadu Buhari in the first place. As a law professor, a pastor of the Redeemed Christian Church of God (RCCG), with family ties to the late sage, Obafemi Awolowo, he was a perfect fit. So, in a sense, Osinbajo’s job as vice president has always been to provide political stability for both the president and the country in general.

And never has that balancing act of the vice president been more tested than in the aftermath of the #EndSARS protests of October 2020. Osinbajo’s steady hands worked diligently, from behind the scenes, to heal the rift that had taken a generational, anti-government and regional dimension. Some of the efforts to bridge the generational gap manifested in the introduction of the National Youth Conference. As if epitomising what he stands for in the government and in today’s Nigeria, the vice president’s message to the youth at the conference in early November was to reject the temptation of inheriting the biases and prejudices of their parent’s generation.

Of course, there were many more forces at play during the #EndSARS protests than just youths: loyalty to the country, the president and party. The stability and leadership he has provided in the last one year to keep Nigeria’s many factions from tearing one another apart would have been enough to name Yemi Osinbajo LEADERSHIP’s Person of the Year. But our reasons go beyond that.

The idea that Nigeria, a developing country with scarce resources, could deliver financial aid and social interventions to the poorest Nigerians is what will stand Osinbajo out from other political leaders, maybe for the foreseeable future. But among the sub-goals of the Sustainable Development Goals are the provision of social protection systems for everyone and reducing the impacts of economic and social shocks on the poor. How Nigeria, a country of 200 million people, most living in poverty, could even attempt to achieve such goals was a mystery.

Yes, the All Progressives Congress, in its campaign promises in 2015, pledged to pay N5,000 to the poorest Nigerians. A good number of people scoffed at the idea, and at a point the opposition leaders taunted the APC for not living up to its promise. Yet, the party probably did not know how to fulfil this campaign promise and it fell on Vice President Osinbajo to see it through — build a blueprint and, for a whole year, a social register of the most vulnerable and poorest Nigerians.

Two aspects of the Social Intervention Programme designed by the office of the vice president stood out: the Conditional Cash Transfer and the Home-Grown School Feeding Programme, which helped enroll and keep millions of children in school. If these did not impact the lives of the poorest Nigerians, those in rural areas, then maybe nothing governments do ever will.

Some of these programmes suffered setbacks after the outbreak of COVID-19, while independent assessments of their impact on the most vulnerable are openly available. But by the assessment of the president himself, and his late chief of staff Abba Kyari, the social intervention schemes that were conceptualised and implemented by the office of the vice president were successful enough to have carved out an entire ministry for this purpose.

In August 2019 when the Buhari government created the Ministry of Humanitarian Affairs, Disaster Management and Social Development, it was in part an acknowledgement of the extent of Osinbajo’s success in designing programmes to meet the needs of some of the country’s poorest and make their issues a priority of the government. The ministry has been active for two years. Its activities are less pronounced now, but for every life it has touched in those two years, we see hands of Yemi Osinbajo.

More importantly, the idea that the government, in some way, should meet the most basic needs of the poor and vulnerable citizens with social safety nets and intervention programmes is no longer up for debate. He is not the top economic expert in the government. He has seen one plan through, Now, the president has him leading the National Poverty Reduction with Growth Strategy (NPRGS), which aims to achieve the difficult task of lifting 100 million Nigerians out of poverty over the next 10 years. It is a taxing assignment that has once again seen him going back to the drawing board.

Planning diligently and laying the groundwork for success is what the vice president has shown glimpses of in the first steering committee meeting of NPRGS held in July 2021. He promised a considerable amount of paperwork and a lot of commonsense approach.

Osinbajo may not be getting credit for a lot of the work he is doing; neither is he blowing his own trumpet, even when it is politically expedient to do so. And whether his name will be remembered 10 years down the line if Nigeria succeeds in lifting millions out of poverty or not, the impact of his leadership, now and then, will be felt. That is why he is the LEADERSHIP Person of the Year 2021.