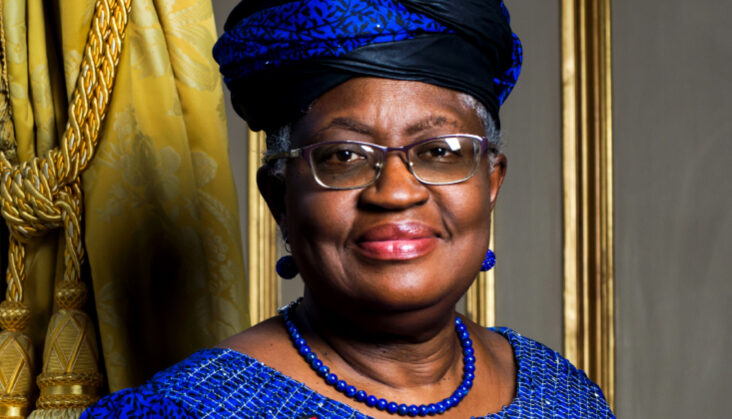 For putting Nigeria on the global stage, leading to her selection by members of the World Trade Organization (WTO) as their top trade official, despite fierce opposition from major stakeholders including world powers like the United States, Dr Ngozi Okonjo-Iweala is LEADERSHIP Person of the Year 2021

On February 15, 2021, Nigeria made history when the General Council of the World Trade Organization (WTO) agreed by consensus to select Dr Ngozi Okonjo-Iweala, the federal government and African candidate, as the organization’s seventh director-general. On March 1, 2021, she was sworn in as the first woman and the first African director-general of the WTO. But her journey to emerging the WTO’s helmswoman was not an easy one; it was full of twists and turns. She survived many attempts to derail her, starting from the African continent where opposition came from Egypt, Benin Republic and Kenya.

At the global level, she faced stiff opposition from former United States president Donald Trump, who kicked against her emergence after her final challenger to the position, South Korean candidate and trade minister Yoo Myung-hee withdrew her candidature to pave way for Okonjo-Iweala’s confirmation to the office.

Nigeria’s image on the international stage once again stood tall when on October 28, 2021, General Council chair, David Walker of New Zealand, informed members that based on consultations with all delegations, Dr Okonjo-Iweala was poised to attain consensus of the 164 WTO members and that she had the deepest and the broadest support among the membership. This is even so when consideration of the credentials giving her the quality needed were on the premise that her energy, ministerial experience and political influence might provide the kind of leadership needed to shake up the beleaguered trade organisation.

Her appointment as DG of WTO is indeed historic, as she is the first female and the first African to take up the role. Her mandate began at a time the organisation was confronted with many challenges, with its negotiation and arbitration mechanisms increasingly called into question. Critics of the WTO said the organisation had fallen short on several of its core mandates, including the failure to advance new trade negotiations and adequately police unfair economic behaviour from countries. Most stakeholders consider her emergence as an important first step in overcoming these challenges. The thinking is that her track record in the Nigerian government and the World Bank, coupled with her reformist agenda, speak to her credentials to set in motion a modernising programme that can make the WTO fit for the 21st century.

A woman of many parts, Dr Okonjo-Iweala is a global finance expert, an economist and international development professional with over four decades of experience working in Asia, Africa, Europe, Latin America and North America. She had a 25-year career at the World Bank as a development economist, rising to the position of managing director where she had oversight responsibility for the World Bank’s operational portfolio in Africa, South Asia and Europe and Central Asia, spearheading several World Bank initiatives to assist low-income countries during both the food and later financial crises.

The Nigerian also chaired the replenishment of over $40 billion for the International Development Association (IDA), the grant and soft credit arm of the World Bank. In her two sojourns at the World Bank, she held the post of vice president and corporate secretary (1997-2000), working in the East Asia region during the East Asian financial crisis; two duty tours in the Middle East Region, the last (2000-2003) as Director, operations (deputy vice-president), of the region. She also served as director of institutional change and strategy (1995-1997). From 1989 to 1991, she was special assistant to the senior vice president, operations.

Her exploits at the World Bank made the administrations of President Olusegun Obasanjo and Goodluck Jonathan invite her home where she served twice as Nigeria’s finance minister (2003–2006 and 2011–2015); she briefly acted as foreign minister in 2006, the first woman to hold both positions. She distinguished herself by carrying out major reforms which improved the effectiveness of these two ministries and the functioning of the government machinery.

From July 2003 to June 2006, she served as minister of finance and economy of Nigeria and head of Nigeria’s much-acclaimed Presidential Economic Team responsible for implementing a comprehensive home-grown economic reform programme that stabilized the macro-economy and tripled the growth rate to an average 6 per cent per annum over three years.

In October 2005, she led the Nigerian team that negotiated the cancellation of 60 per cent of Nigeria’s external debt ($18 billion) with the Paris Club.  The country’s debts had dated back to the early 1980s, and had ballooned to more than $35bn due to penalties and late fees during the 1990s. The debt deal included an innovative buy-back mechanism that wiped out Nigeria’s Paris Club debt and reduced the country’s external indebtedness from $35 billion to $5 billion.

Dr Okonjo-Iweala oversaw Nigeria’s first sovereign credit rating of BB—from Fitch and Standard and Poor’s—a rating that grouped Nigeria with other emerging market countries such as Vietnam, Venezuela and the Philippines.

In her second term as finance minister, Dr Okonjo-Iweala was responsible for leading reform that enhanced transparency of government accounts and strengthened institutions against corruption, including the implementation of the GIFMS (Government Integrated Financial Management System), the IPPMS (Integrated Personnel and Payroll Management System), and the TSA (Treasury Single Accounts).

Her economic reforms had a far-reaching impact and saved Nigeria at a critical period. This included de-linking the budget from the oil price, allowing the country to save money in a special account when oil prices were high, creation of the Sovereign Wealth Fund, the National Industrial Revolution Scheme and the Automotive Policy whose implementation has led to the opening of factories for car manufacturing and assembly for the first time in the country; various job creation and job enhancement schemes for young entrepreneurs; and the creation of the NMRC and Development Bank of Nigeria.

She is a firm believer in the power of trade to lift developing countries out of poverty and assist them in achieving robust economic growth and sustainable development. As finance minister, she was involved in trade negotiations with other West African countries and contributed to the overhaul of Nigeria’s trade policy, enabling it to enhance its competitiveness. She has experience working at international governance bodies as a former managing director of the World Bank and former chair of Global Alliance for Vaccines and Immunization (GAVI).

She was previously on the boards of Standard Chartered Plc and Twitter Inc. She was appointed as African Union (AU) special envoy to mobilise international financial support for the fight against COVID-19 and WHO special envoy for access to COVID-19 tools accelerator.

Dr Okonjo-Iweala is the founder of Nigeria’s first-ever indigenous opinion-research organization, NOI-Polls. She also founded the Centre for the Study of Economies of Africa (C-SEA), a development research think-tank based in Abuja. She is a Distinguished Visiting Fellow at the Centre for Global Development, and also at the Brookings Institution, premier Washington D.C. think-tanks.

In 2020, she became an Angelopoulos Global Public Leader at Harvard University Kennedy School. She was also appointed to the Presidential Economic Advisory Council (PEAC) for President of South Africa His Excellency Cyril Ramaphosa. In 2019, Dr Okonjo-Iweala was elected to the American Academy of Arts and Sciences. In 2017, she received the Madeleine K. Albright Global Development Award from the Aspen Institute, the Women’s Economic Empowerment Award from WEConnect International, and the Vanguard Award from Howard University.

Person Of The Year 2021: Yemi Osinbajo