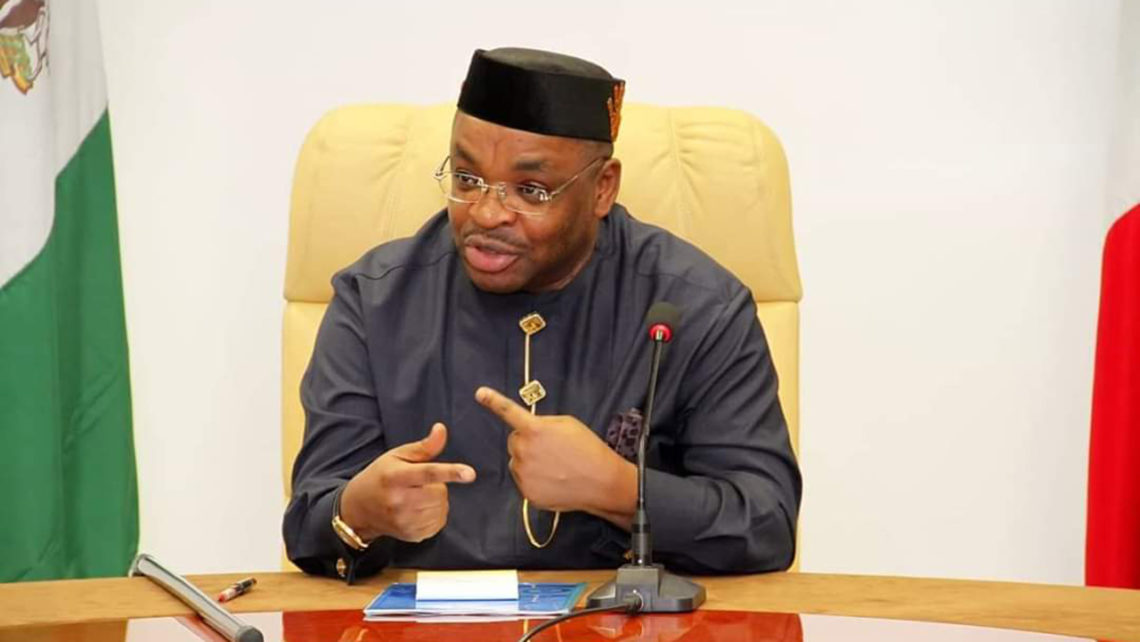 In the last six years that Governor Udom Emmanuel has been the chief executive of Akwa Ibom State, one of the nine oil-producing states in the Niger Delta region, things have been looking up in the state. It is evident that the governor’s solid private- and public-sector experiences are positively impacting governance in Akwa Ibom. Before he became governor, he had had a sterling banking career. And he later served as secretary to the state government (SSG) in the administration of his predecessor, Godswill Akpabio.

The need for states to develop other streams of income rather than go cap in hand to Abuja every time for the ever-dwindling federal allocations has been canvassed in many fora, and Governor Udom Emmanuel has risen up to the challenge: he has taken strategic steps to diversify the state’s economy and project present and future economic prosperity for the state and its citizens through strategic investments, value addition and job creation.

One sector the governor took on with passionate attention is the agriculture sector. And he led from the front. He established a large hybrid rubber nursery at Ebighi Anwa in Okobo local government area of the state in partnership with the Rubber Research Institute of Nigeria and also renovated a cassava processing factory at Ikot Okudom, situated in Eket.

The state government also procured and distributed 30, 000 hybrid plantation suckers to 700 farmers across the state, just as it installed a maize preservation and shelling machine at Nung Udoe. He spearheaded the state’s campaign for the planting of hundreds of citrus seedlings.

He also installed the St. Gabriel Coconut Oil Refinery located in Mkat Enin, with capacity to refine one million nuts per day through three work shifts. The refinery, when fully operational, will provide 1, 300 direct jobs and engage more than 5,000 indirect workers through various suppliers and off-takers of the finished products of the company.

Coconut oil is more valuable than crude oil in the international market; it can be processed into over 50 products, especially beverages and confectionery.

The governor also built the Akwa Ibom traders’ ultra-modern market made up of 25, 000 shops, easily one of the biggest markets in Africa. That done, youths spread across the 31 local government areas were trained on maintenance and installation of solar panels. As a big player in the banking world before his foray into partisan politics, Udom Emmanuel knew a thing or two about unemployment and its attendant role in the social upheavals bedeviling the Nigerian society.

To combat unemployment, the governor in his first stint in office provided a N2 billion interest-free loans to small scale entrepreneurs and traders, many of whom are employers of labour today.

Not a man to blow his own trumpet, Governor Emmanuel has his massive footprints in infrastructural development. On his watch, the state government dualised the 19.5km Eket-Ebeno road and the 12.72km Awa-Iman-Asong-Ikot-Emem road even as it completed the emergency rehabilitation of Okopedi road. The 6.1 km Atam-Offot road, located in Uyo LGA, the 4.6 km School of Arts and Science road in Nung Ukim, the 5.1 km internal roads in the state-owned university, Obio Akpa, as well as the construction of gully erosion facilities along the Oron/Isangedihi road are a few of the roads he built.

The governor built 168 houses at 6th Battalion Army Barracks, Ibagwa, in Abak LGA, to celebrate Nigeria at 60, among other projects.

In this wise two impressive projects have come to fruition: the Jubilee Syringe Manufacturing Company, JSM, located in Onna LGA, and the Metering Solutions Manufacturing Services Limited, both established by the Udom Emmanuel administration, are up and running.

The Jubilee Syringe Manufacturing Company is the biggest syringe manufacturing company in the entire African continent with a production capacity of 350 million metric tonnes a year. The company has already earned the International Organisation for Standardisation certificate after meeting the necessary requirements.

The Metering Solutions Manufacturing Services Limited has been in operation since 2019 and has the capacity to produce 1.2 million electricity metres annually. It will go a long way to satisfy the increasing demand for metres by electricity consumers in the country.  These two firms are helping to reduce the unemployment rate in the state.

The Udom Emmanuel administration has also built the tallest building in the entire South-South region — the 21-storey Dakkada Tower situated in the Central Business District of Uyo.  The investment building, a flagship project of the governor, is designed to provide rented office accommodation for banks, international oil companies, world-class corporate organisations and cafe/restaurants, etc.

In his continued drive to expand the state’s income base, the governor established St. Gabriel Coconut Oil Refinery located in Mkat Enin with the capacity to refine one million nuts per day through three work shifts. When fully operational, it will provide 1, 300 direct jobs and more than 5,000 indirect workers through various suppliers and off-takers of the finished products of the company.

Through the state government’s My Entrepreneurship Goals Programme (MEGP), about 1,000 entrepreneurs have been trained in a programme designed to equip new and existing entrepreneurs with the basic trade and business tools to help them in making the right decisions for their businesses.

A signature investment of the Udom Emmanuel administration is Ibom Air which has been in operation since 2019. The airline has a fleet of seven bombardier CRJ 900 aircraft and covers six destinations – Uyo, Lagos, Abuja, Calabar, Enugu and Port Harcourt. What is even more exciting is that over 200 Akwa Ibomites are engaged in the entire aviation value chain, including those working as pilots, cabin crew and in aircraft maintenance engineering. The airline recorded its one-millionth passenger this year.

The vision is not to restrict the airline to the Nigerian airspace but to turn it into a regional airline business. The state government had already commenced negotiations with the Gambian government for possible operations of Ibom Air in that West African nation.

Having taken delivery of two brand new A220 300 series Airbuses for use for regional flight, the airline has plans for another 10 airbuses to further swell its fleet for national and international operations.

Another signature investment project of the Udom Emmanuel administration is the Akwa Ibom Deep Seaport. The $4.2bn port facility can hold over 13,000 containers at one time and serve as transshipment for smaller vessels.

The project will create 300,000 jobs in the state in its first phase.

According to the governor, “The Ibom Deep Seaport will help complement other ports and enhance our maritime industry by easing the burdens experienced by importers and exporters in Lagos, and other logistics challenges such as the perennial gridlock in Apapa.

“The vision of the Ibom Deep Seaport is to add to the port capacity of the Nigerian Ports and overall maritime development. The opening of more ports will provide employment to thousands of our youths in such areas as logistics and general maritime services.”

In undertaking projects in the state and in all the other investments, Governor Udom always adopted the deliberate policy of engaging indigenous contractors and workers, thus creating wealth for the people of the state.