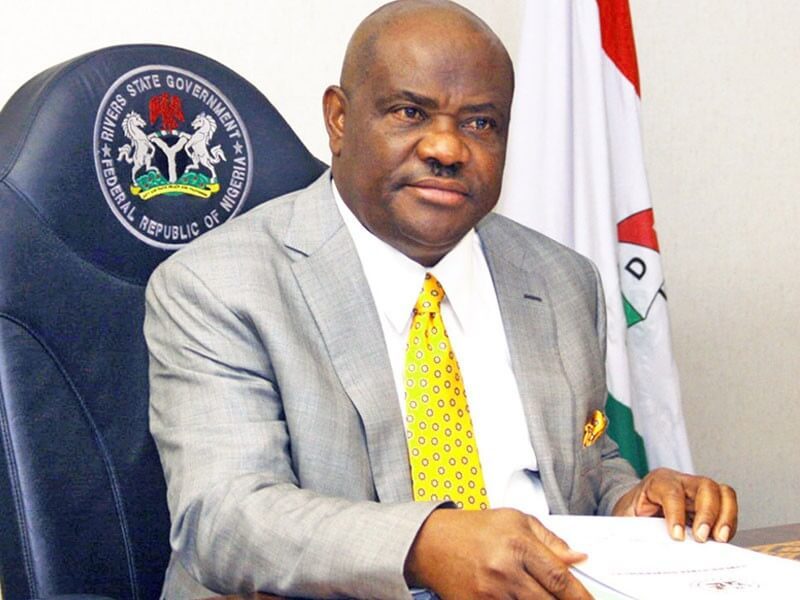 For his political sagacity, coupled with unalloyed steadfastness and consistency of direction in the quest for equity and justice, which has left the ruling class with no other option than to treat him as the main issue in opposition politics in Nigeria, Governor Nyesom Ezenwo Wike of Rivers State is the LEADERSHIP Politician of the Year 2022

Governor Nyesom Wike’s unconventional approach to politicking, which definitely does not conform to what is generally considered as the typical Nigerian politics, has pitted him against many politicians of the opposition who now consider him as a thorn in the flesh. A prototype of the militant politician, he is bloody bold and resolute, and is not one who is readily given to political diplomacy and smokescreen.

But as he himself succinctly puts it in one of his favourite songs at events — “e dey pain dem, e dey sweet us; as e dey sweet us, e go dey pain dem” — most of Wike’s political foes are left with a bloody nose from his incisive vituperations, while his popularity keeps growing by the day.

Despite losing the Peoples Democratic Party (PDP) presidential ticket to former Vice President Atiku Abubakar by a slim margin, Wike has remained a household name in the country’s political space. His penchant for telling the truth right away, no matter whose ox is gored, is legendary. To many Nigerians, he has become a national voice of justice and equity that can no longer be ignored.

The Rivers governor believes that there is no need to be afraid of heaven falling because, if heaven falls, it will be easy for everyone to make heaven. With this mindset, the Rivers governor has proven to be a leader that stands for equity and justice. He has remained constant in demanding the fulfilment of an agreement between PDP governors and the party’s national chairman, Senator Iyorchia Ayu, that the latter would resign if the party’s presidential candidate eventually emerged from the North.

Current events within the national leadership of the main opposition political party, which have brought a change in party politics in the country, are an indication that the governor cannot be ignored in issues of national interest.

His ability to convince four other PDP governors to join his camp in the clamour for the return of the national chairmanship position to the South still amazes many. Wike and his Enugu, Benue, Oyo and Abia counterparts, now known as G-5 PDP governors, have refused to shift ground since he declared his opposition to the emergent political structure in PDP, insisting that the South must be given the chairmanship position since the presidential ticket had been given to Atiku from the northern region. They maintained that if the party fails to carry out the balancing act in the leadership structure, they would not be involved in the presidential campaigns.

His private residence in Rumuepriokom community in Obio/Akpor local government area of the state has become a Mecca for politicians from various political parties, including the All Progressives Congress (APC). They have been thronging the state to convince him to dump the PDP for their political platforms, but the Rivers governor has remained consistent in his resolve not to dump the leading opposition political party for any other party.

Despite attacks on his person and the other four PDP governors over their alleged anti-Atiku position, Wike has vowed never to dump the PDP. Not even the decision of the majority of PDP leaders in the state, including those he empowered when he came on board as governor in 2015, to join forces with those fighting him could make him budge.

Wike stated recently: “But for me, I will not leave, I will stay there and fight the fight. For me, I am not leaving this house. I will never allow armed robbers to take over my house. I am going to stay to chase away the armed robbers.”

Deploying showbiz in most of his political outings and project inauguration, Wike has been able to effectively capture the sentiments of his camp with songs and dances, sometimes practising Makkosa and some Michael Jackson steps in the process. His conduct and performance, according to analysts, may appear funny to indifferent observers, but this is not the case for those whose aspirations depend on his support.

Unlike his counterparts, the Rivers State governor has continued to give financial and moral support to some state chapters of the PDP to assist in their campaigns ahead of the 2023 general election. Only recently, he donated a total of 50 18-seater buses to Cross River and Benue states to enable them to engage in smooth-sailing campaigns.

In Rivers State, Wike has been able to manage the implosion that would have occurred within the PDP as a result of the party’s primaries and emergence of candidates for elective positions in the 2023 general election. Unlike in other political parties where people decamped after failing to secure tickets, none of the aspirants in PDP has left the party. They are all working together for the success of those that emerged victorious.

In all these, Wike has remained committed to governance, with 12 flyover bridges as well as several roads to his credit. Some of his achievements in the area of infrastructure include three new campuses of the Rivers State University and Teaching Hospital as well as a medical school for the state university. Also on ground is a new campus of the Nigerian Law School, the Peter Odili Cancer and Cardiovascular Diseases Treatment Centre, and Judges’ Quarters, among others.

“What we lack in the country today is character, competence and capacity but these are qualities you (Wike) have as a state governor, and I am sure it will continue with the incoming governor.”

Recently, President Muhammadu Buhari conferred on him the award of best governor on infrastructure. It is not common for a president who is a member of the ruling party to confer such honour on a member of an opposition political party.