LEADERSHIP Awards Will Spur Us To Do More Gov Yahaya, Ned Nwoko 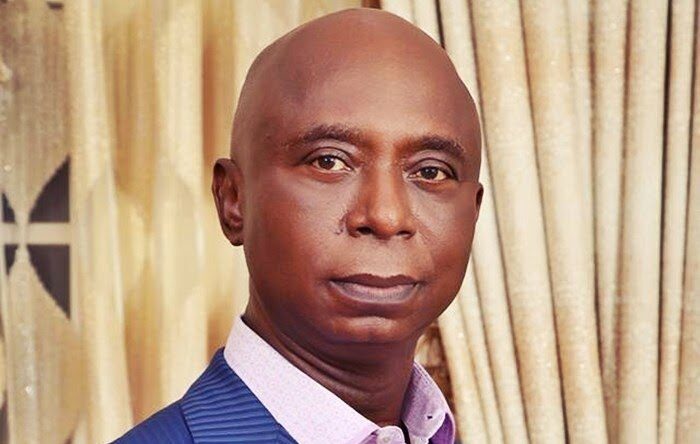 By Mark Itsibor and Paul Agbo

Gombe State governor, Muhammad Inuwa Yahaya, has said that the LEADERSHIP Governor of the Year 2021 Award bestowed on him by the Board of Editors of LEADERSHIP Media Group is an honour done to him, his working team and the entire people of Gombe State.

Similarly, foremost Nigerian politician and philanthropist, Ned Nwoko, has expressed joy over his nomination for the prestigious LEADERSHIP Group award for excellence.

Nwoko said the recognition by the most influential newspaper is a call on him to do more for the upliftment of humanity.

Governor Yahaya made the statement yesterday in Abuja after receiving his letter of nomination as LEADERSHIP Governor of the Year 2021 from the management of the media group led by the group managing director, LEADERSHIP Newspapers, Muazu Elazeh.

Governor Yahaya stated that his administration was providing quality governance to the people of Gombe through a well-thought-out Gombe State Development Plan 2021-2030 aimed at transforming the state within the next 10 years.

We went in with a clear vision and we were able to organise a mission that was to work for us. The award will inspire us to do more and we will succeed in changing the narratives to make Gombe a better place, Yahaya said.

Speaking earlier, the group managing director, LEADERSHIP Newspapers, Muazu Elazeh, said the nomination of Governor Yahaya was borne of the massive infrastructural development and other people-oriented projects achieved by the governor in the state.

He congratulated the governor on his nomination as LEADERSHIP Governor of the Year 2021 and formally invited him to the award ceremony slated for May 17, 2022, at the International Conference Centre, Abuja.

On his part, Nwoko, who hosted a team led by the Head of Story, LEADERSHIP Group Limited, Bayo Amodu, in his Abuja home yesterday, said it was pleasing to note that his contribution to nation building and social welfare of all, especially the less privileged, was being recognised.

Amodu told Nwoko, while presenting the letter of his nomination for the award, that LEADERSHIP, in its tradition of recognising excellent contributions to national development, considered Nwoko worthy of being conferred with the award of Social Impact Person of the Year 2021 for devoting his time, energy and financial resources towards the eradication of malaria in Nigeria.

Excellent contributions to national development considered Nwoko worthy of being conferred with the award of Social Impact Person of the Year 2021 for devoting his time, energy and financial resources towards the eradication of malaria in Nigeria.

It reassures me that what I am doing for humanity is right. I’ve always been the way I am now. And it is rewarding to know that people are taking note of what I am doing, Nwoko said yesterday when he was presented with the letter of his nomination for the award by Amodu.

He used the opportunity to highlight some of his ongoing projects in the various sectors of the Nigerian economy, especially sport and tourism. Nwoko said his decision to build a sports university was to produce champions who will win gold medals and set world records for Nigeria.

Nwoko, who said the first best students of the university will be on scholarship, also said the students would be given the opportunity to combine sports and education.

So that by the time they are done with their sports career, they can fall back on their degrees, he stated, saying about 10 sports programmes had been developed in the sports faculty of the university.

I am sure that within four to eight years, you will be hearing about the Sports University producing champions for Nigeria and beyond, Nwoko said.

On how the government can make tourism more attractive in Nigeria, Nwoko said the government should ensure tourism sites are managed properly, encourage the citizenry to take interest in local sports and embrace travel as a way of life.

NNPC Achieved This By Teamwork – Kyari