Sportsperson of the Year 2022: The Flamingoes 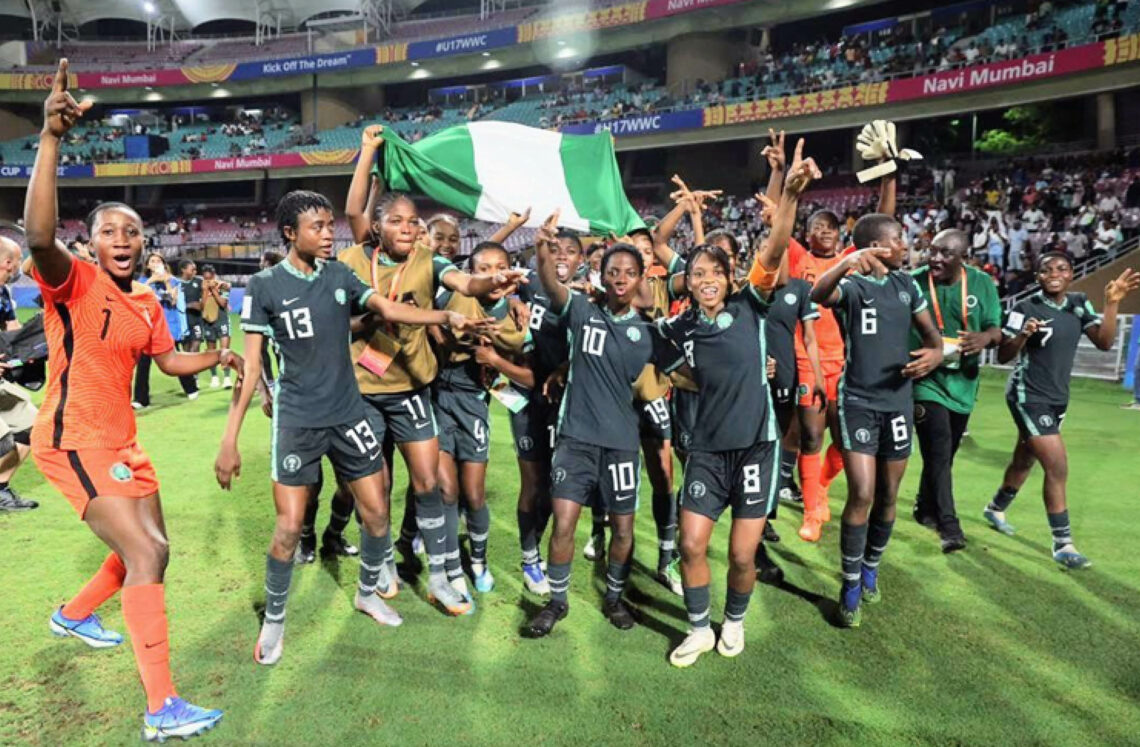 For winning Nigeria’s first-ever medal at the FIFA U-17 Women’s World Cup, the second African team to achieve the feat after Ghana in 2012, Nigeria’s U-17 Women Football Team, The Flamingoes[u4] , is the LEADERSHIP Sportsperson of the Year 2022

Nigeria’s U-17 Women Football Team, The Flamingoes, has been to every edition of the FIFA U-17 Women’s World Cup, missing only the 2018 edition, since its inception. Before the 2022 edition, the team had only got as far as the quarterfinals in the 2010, 2012 and 2014 editions. However, they broke this “jinx” in 2022 by defeating USA, considered the favourite, in the quarterfinals on penalties after an entertaining and close contest during regulation time that ended one goal apiece.

The Nigerian girls would lose gallantly in the semifinals against Columbia — a 6-5 defeat on penalties to the South Americans after a goalless score at the regulation time. Their third-place finish is indeed worthy of celebration even if Nigerians came short of goal or silver medals from the Coach Bankole Olowookere-led team.

The third-place match against the seven-time European champions, Germany, also had to be settled via penalty shootout, after the Germans staged a dramatic three-goal comeback to drag the encounter into the lottery of penalties. But this time, the Nigerian girls held their nerve to prevail on the Germans and win Nigeria’s first-ever medal, a bronze, at the tournament.

In view of their gallant display in India, The Flamingoes have moved from under-achievers to national heroines. It was not surprising that, when they were hosted to a sumptuous reception in Abuja on arrival from India, the minister of youth and sports development, Sunday Dare, said world champions could be made out of the bronze medalists.

Before arriving in India for the world tourney, the Coach Bankole Olowookere-tutored girls had showed early promise by dominating the African scene in the qualifying series. They thrashed Democratic Republic of Congo (DRC) 3-0 in Kinshasa and 5-0 in Benin City, and prevailed over Egypt 4-0 in Abuja and 2-0 in Cairo. In their final qualification fixture, they piped Ethiopia 1-0 in Addis Ababa with the second leg in Abuja ending scoreless.

Following their heroics, the team has continued to receive from well-meaning Nigerians congratulatory messages, some of which were accompanied with cash pledges.

We at LEADERSHIP congratulate the team and the coaching crew on a commendable performance at the teenage soccer Mundial and urge them to remain focused as they pursue their dreams.