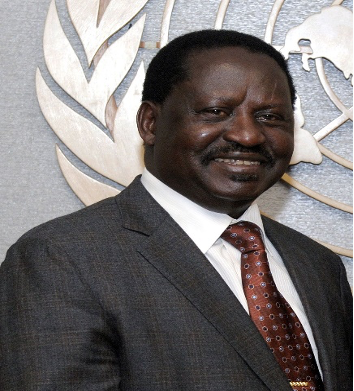 Former Kenyan Prime Minister, Raila Amolo Odinga, has confirmed his participation as the keynote speaker at the 14th edition of annual LEADERSHIP Conference and Awards. The event is billed to hold on January 31, 2023 at the International Conference Centre, Abuja. Odinga who represented Lang’ata constituency at the Kenyan Parliament and served as the country’s Prime Minister from 2008 to 2013 will speak on the theme of the Conference, “Credible Elections and an Economy in Transition”.

Odinga who is the African Union Special Representative for Infrastructure Development in Africa, is currently in the US on President Joe Biden’s invitation, to speak on the role of infrastructure in growth of economy in the region, at the ongoing US-Africa summit. Currently leader of the opposition Orange Democratic Movement (ODM), he is expected to share his thoughts on how African countries can ensure free, fair and credible polls as a means of further consolidating democracy on the continent.

A statement by the management of LEADERSHIP said Odinga was invited as keynote speaker because of his dream of Africa’s liberation from poverty through good leadership and deliberate evolution of strategies to take ownership of its internal and external relations in respect of politics, economics and technology. “The theme of this year’s conference, which is coincidentally taking place at a time the country is going into the general election, resonates well with Odinga’s sustained clamour for free, fair, credible and hitch-free election. “Hence, we expect him to dissect this topic at the conference and, ultimately, offer his views on how African countries can have enduring democracy through credible polls,” the newspaper said.

Born on the January 7, 1945 to Kenya’s first vice president, Hon Jaramogi Oginga Odinga and Mama Mary, Ralia Odinga is the leader of the 2022 election coalition, Azimio la Umoja, One Kenya Coalition on whose ticket he contested the country’s August 9 general election as the presidential candidate. A savvy politician, Hon Odinga joined parliamentary politics in 1992 when he vied for the Lang’ata parliamentary seat on Ford Kenya party tick- et which was led by his father the late Jaramogi Oginga Odinga.

He won the seat beating the incumbent Hon. Philip Leakey who was then an Assistant Minister in President Daniel Arap Moi’s regime. Odinga was successfully reelected for four terms. In 2010, while serving as Prime Minister together with President Mwai Kibaki, he led the review of Kenya’s constitution. The new constitution provides for a presidential system and disallows presidential candidates from being members of parliament.

He has contested for the country’s top seat five times- 1997, 2007, 2013, 2017 and 2022, and has been detained for championing the second liberation of the country. As a social democrat, he believes in equality and equitable distribution of resources and has consistently championed good governance. He is also a champion of free press and freedom of expression. His wish for Africa is to have elections that are free from manipulation and for the will of the people to prevail.

The LEADERSHIP conference is one of the two-legged activities with the other being the presentation of the Newspaper’s awards to some deserving Nigerians and organizations.