Government Agency of the Year: NSCDC 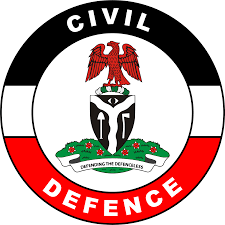 For its far-reaching efforts in safeguarding critical national assets from vandals and other outlaws, the National Security and Civil Defence Corps (NSCDC) is the LEADERSHIP Government Agency of the Year 2022

As one of Nigeria’s lead agencies in internal security control, the Nigeria Security and Civil Defence Corps (NSCDC) has invested so much energy and dedication in fulfilling its set mandates of protecting lives and critical national assets and infrastructure (CNAI) in the country.

Despite being underfunded like many government agencies, the NSCDC is still holding up its end of the bargain by expanding, deploying more men and resources towards actualising the dreams of a secured nation, a development that has earned it greater support, understanding and trust from the general public.

The recent national merit award of Officer  of the Order of the Federal  Republic (OFR) on its commandant-general, Dr Abubakar Ahmed Audi, in recognition of the NSCDC’s  operational successes, further indicates that President Buhari is not just impressed but strongly believes in the agency’s ability to combat and stamp out the criminality against critical national assets (CNAs) such as power and telecommunication installations/facilities, oil pipelines, railway tracks, bridge railings, critical aviation infrastructure and gas installations.

To further buttress the very important role the NSCDC plays in national development, the International Civil Defence Organisation (ICDO), Geneva, has proposed to locate its regional headquarters in Nigeria with the overall objective of using the NSCDC as the hub of civil defence activities in West and Central Africa.