Company Of The Year: Ibom Air 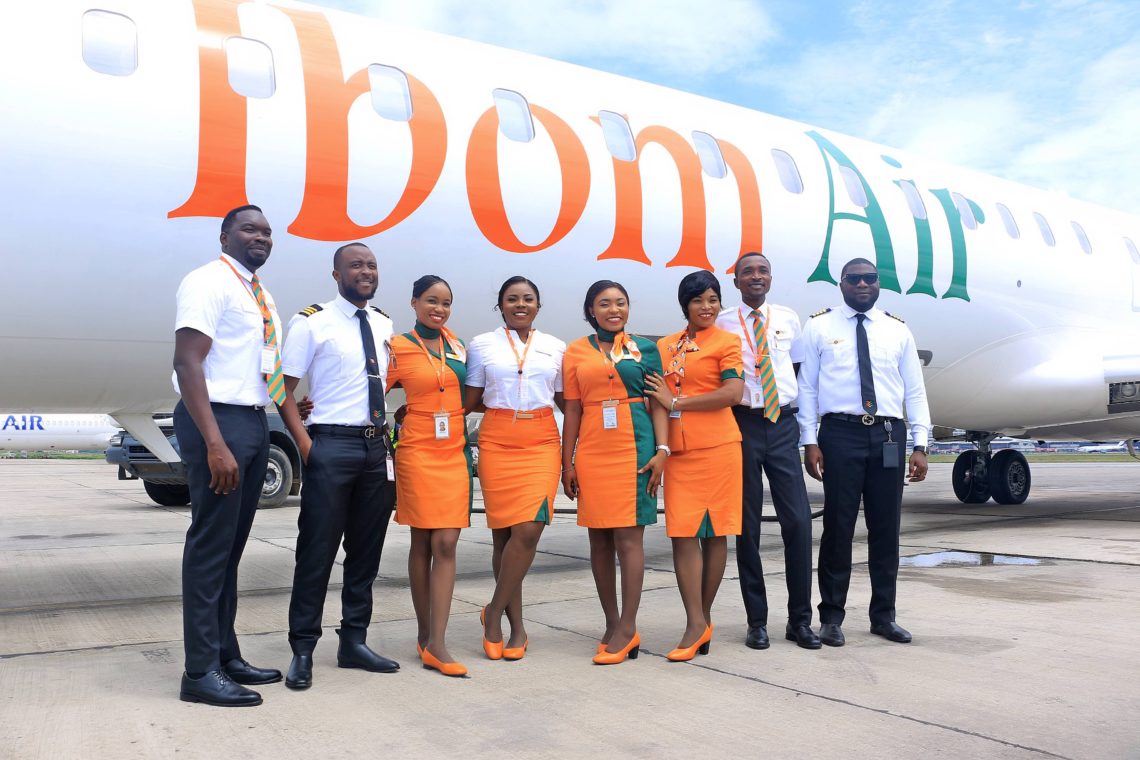 For being the first state-owned airline in Nigeria to start commercial operations and for rapidly expanding to Abuja, Enugu, Port Harcourt, Calabar and Lagos within two years, Ibom Air is LEADERSHIP Company of the Year

Ibom Air, which launched its maiden flight in June 2019, is rated as one of the most successful airlines in Nigeria. When the Akwa Ibom State-owned airline commenced operations on June 7, 2019, with a Bombardier CRJ900 aircraft marked “Ibom Air”, it was a dream come true: it became the first state-owned airline to commence commercial operations in Nigeria.

Its mission is to set the standard as the airline of choice for passengers in Nigeria, West Africa and beyond by focusing on service excellence, hospitality and innovation — with an infusion of style and grace.

Ibom Air has the slogan, “Every time you fly with us, our goal is to provide you and every one of our passengers with a safe, consistent, reliable, comfortable and enjoyable flying experience. We take pride in our airline and will always act in the best interest of our customers.”

Two years into its operations, precisely in May 2021, the airline signed Nigeria’s first domestic codeshare agreement with Dana Air.

Describing the collaboration of one of its kind, Dana Air’s chief operating officer Obi Mbanuzuo said the agreement is the first of its kind for domestic airlines in Nigeria.

“We do hope that this partnership… will set a positive precedent for the greater good of the industry,” he stated.

In order to reward customer loyalty, Ibom Air set up a loyalty programme designed to reward its regular customers. Membership of the programme provides access to exclusive benefits designed to make travel more rewarding and enjoyable for customers.

On Wednesday, November 3, 2021, the management of the growing company with so many prospects welcomed the airline’s one-millionth passenger on board flight number IAN4134 departing from Victor Attah International Airport, Uyo, to Nnamdi Azikiwe International Airport, Abuja. The passenger, Ms Olowodu Daba Obene, was in the queue to board when the count to the 1,000,000th passenger began.

Chief operating officer George Uriesi, explaining the reason for the symbolic recognition of the one-millionth passenger, said it was an essential element of Ibom Air’s culture to track every aspect of the airline’s performance and capture major milestones. By so doing, he said, the airline is able to keep its passengers and stakeholders informed about the progress and achievements of the airline.

Ibom Air achieved the 500,000-passenger milestone on March 2, 2021. On November 16, 2021, it signed an agreement with Airbus for the purchase of 10 A220 aircraft to boost its fleet. The agreement was signed at the Dubai Airshow.