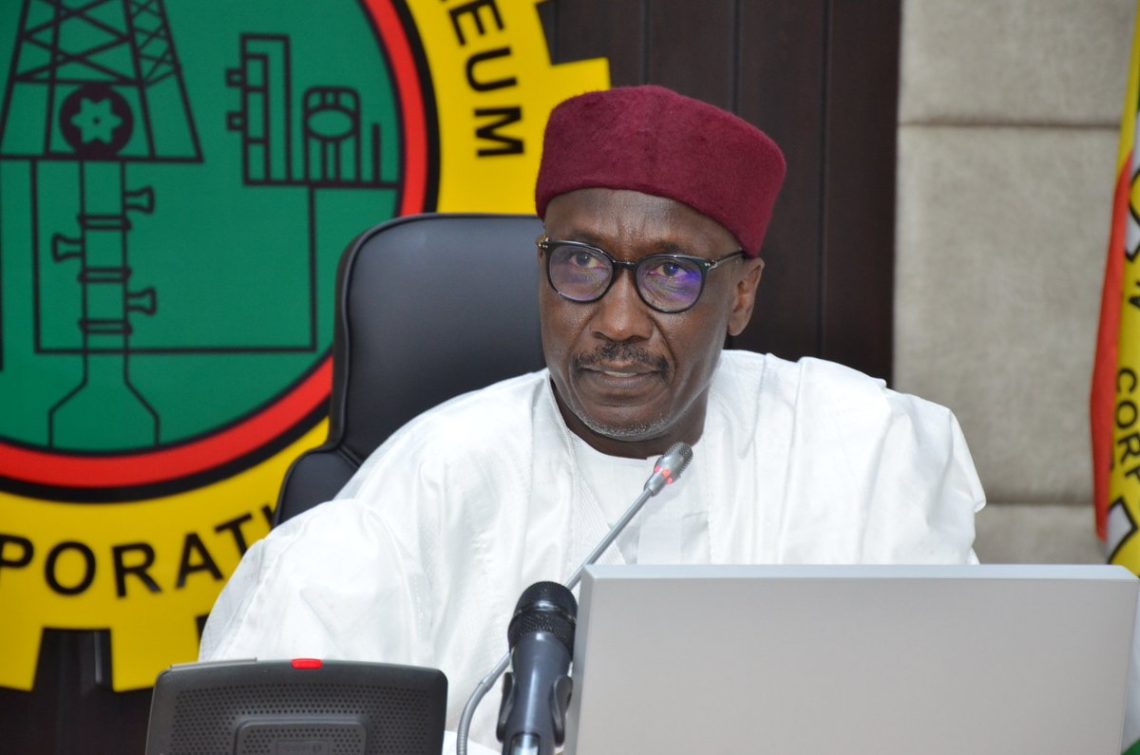 For turning the NNPC into a profitmaking national oil company and driving the present administration’s gas revolution, among other innovations, Mallam Mele Kyari is LEADERSHIP CEO of the Year 2021

Mallam Mele Kyari has distinguished himself as an outstanding chief executive officer sincehe was officially inaugurated as the group managing director of the Nigerian National Petroleum Corporation (NNPC). Key among his long list of achievements in 2021 was turning NNPC into a profitable institution after four decades of lossmaking.

Kyari has run the NNPC with a high degree of transparency and accountability, breaking a bad record of the agency: failure to publish its audited financial statements. This year alone, Kyari has published two years’ audited statements, beating the record he set in his first year in office when he published for one year.
On his watch, the NNPC became an incorporated entity in line with the provisions of the Petroleum Industry Act 2021; he played a major role in the coming of PIA.

Under Kyari, NNPC has focused heavily on the gas sector, in keeping with the aspiration of the administration to diversify the economy by transforming the nation into a gas-driven economy.
In June 2021, the ground-breaking ceremony of the NLNG Train 7 Project was conducted, signaling the commencement of construction work on the project.

In order to provide an alternative to Premium Motor Spirit (petrol) as the sole automotive fuel and reduce the huge importation bill of the product, the GMD led NNPC to key into the Year /Decade of Gas initiative spearheaded by the minister of state for petroleum resources to launch the Autogas initiative. It executed a JV agreement with NIPCO to help in the marketing and distribution of the product to get as many Nigerians as possible to migrate to the use of gas as automotive fuel.

Mallam Kyari heralded 2021 with a significant step in the direction of bringing the proposed Brass Gas Hub into reality. He led NNPC to take the Final Investment Decision (FID) with the Brass Fertiliser and Petrochemical Company for the $3.6bn Brass Methanol Plant in Odioma, Bayelsa State.

He followed up a few weeks later with the signing of a $260m financing agreement for the Assa-North Ohaji South (ANOH) Gas Project with Seplat. The project will deliver 300 million standard cubic feet of gas per day and 1,200 megawatts of electricity to the domestic market.

The corporation also secured the United States Trade and Development Agency (USTDA) grant and commenced the upgrade of the 1350MW Abuja IPP project to World Bank standard for bankability.
Keen on boosting petroleum products supply and distribution in the riverine areas of the Niger Delta, Mallam Kyari led NNPC to sign an agreement with the Nigerian Content Development and Monitoring Board (NCDMB) and Zed Energy for the construction of the N10.5bn Brass Petroleum Products Terminal. The facility will serve as a strategic reserve for the country as it is expected to provide a depot for 50 million litres of petroleum products, two-way product jetty, automated storage and automated bay for AGO, PMS, DPK and ATK. It will close the infrastructure gap in the distribution of petroleum products and also help to stop illegal refining activities.

Mallam Kyari is also driving the rehabilitation project of local refineries to an advanced level. On April 6, 2021, he led NNPC to sign the $1.5bn Engineering, Procurement and Construction (EPC) Contract Agreement with Tecnimont SpA for the complete rehabilitation of Port Harcourt Refinery.

On May 7, 2021, the GMD led NNPC and the contractor, Tecnimont SpA, to flag off construction work on the Port Harcourt Refinery rehabilitation project.

Kyari is in the process of making good his promise to introduce a new operational model for the refineries’ post-rehabilitation with the call for bids for the Operations and Maintenance Contract advertised recently in the media. The O & M model would ensure that the refineries are managed by contractors with requisite experience who would ensure that they are regularly maintained when due.