Government Agency Of The Year 2021: NDLEA 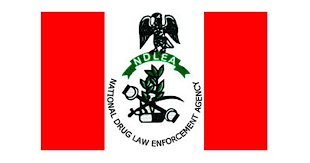 For reinvigorating the war against illicit drugs, taking the fight to the hideouts of drug cartels and insisting that even politicians vying for political offices must undergo drug tests — leading to massive success in line with its mandate of eliminating the growing, processing, manufacturing, selling, exporting, and trafficking of hard drugs — NDLEA is LEADERSHIP Government Agency of the Year 2021

Before the appointment of Brig. Gen Mohammed Buba Marwa as the chairman and chief executive officer of the National Drug Law Enforcement Agency (NDLEA), the agency was waiting for its final rites. With increasing rise in the use of drugs and psychoactive substances among youths, most especially females, not a few Nigerians were of the view that the agency should be scrapped.

Established by Decree 48 of 1989, the federal government agency is charged with eliminating the growing, processing, manufacturing, selling, exporting and trafficking of hard drugs. But at a point, it seemed as if the menace of drug abuse in Nigeria was far from being eradicated, as the establishment of the agency did not help matters. Over the years, NDLEA had been involved in various scandals that affected its operations, among them corruption, collecting of gratification from drug traffickers, pilfering of seized drugs, military interference in the agency and poor funding. Indeed, the agency was plagued by funding difficulties. Even after the establishment of the agency, drug trafficking continued unabated, leading to the decertification of Nigeria by the United States of America. The country was decertified for failing in its drug control efforts and severe sanctions were imposed.

But with a new management in place, following the appointment of Marwa, a retired army general, Nigerians are now seeing a reinvigorated agency which has taken the war against illicit drugs a notch higher. The NDLEA has recorded major wins this year alone. The value of cash and drugs seized since Marwa came on board is put at over N90 billion. Over 2,180 traffickers, including five drug barons controlling different cartels across Nigeria, have been arrested. Also, a record 2.05 million kilogrammes of drugs have been intercepted and seized across the country, and 2,100 drug offenders prosecuted with 500 jailed by courts. This is massive.

NDLEA has also taken the campaign against drug abuse to schools. The agency has insisted vehemently that parents should test their prospective sons-in-law for drugs before giving out their daughters in marriage, even as it is pushing to make it mandatory for politicians seeking public office and students seeking admission into higher institutions to undergo drug tests.

Maintaining the agency’s ground on this, Marwa has said that, as elections come up in the states and across the country, there is the need for the people to entrust the management of their treasury and their wellbeing in the hands of politicians that have clear minds, because no public officeholder under the influence of drugs can think straight. He said the same thing applies to students seeking admission into higher institutions. He said because of the evidence-based strong nexus between drug abuse and security challenges across the country, concerted efforts must be made towards tackling the drug scourge headlong

Daily, Nigerians are inundated with reports of activities of the NDLEA. This is highly commendable. Currently, there is a paradigm shift in its approach to controlled substances. In the past months, operatives of the agency nationwide have carried out a non-stop offensive against drug trafficking, traffickers and abusers in line with its objective of having a drug-free Nigeria. Most stakeholders are of the view that, with the manner in which the NDLEA is going about its drug eradicating activities, it may shut down the drug pipeline, cancel out the drug demand-drug supply equation and mop up the cache of illicit substances in the country in no distant future.